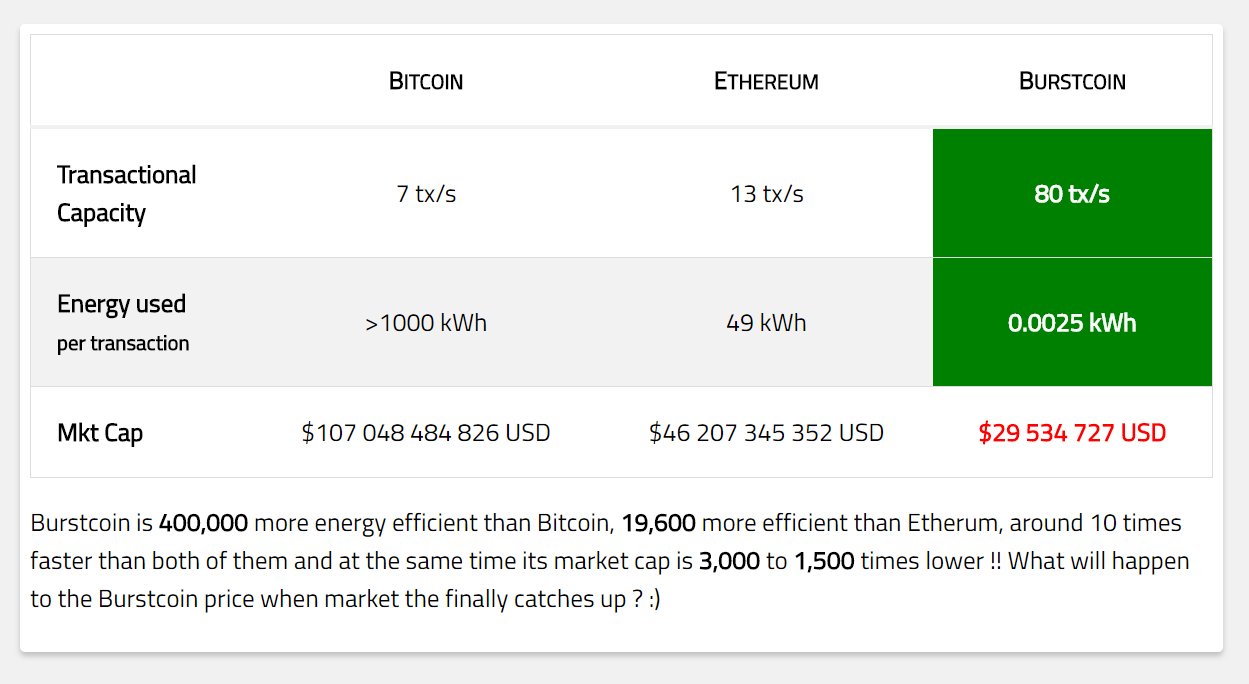 Crypto currencies (in short: cryptos) are not an entirely new phenomenon — we’re almost a decade in — but they are still not as ubiquitous as e.g. bread and butter and so there is a plethora of one-eyed in the kingdom of the blind who make a living of informing “the masses” about the marvelous unknown land of crypto. Snake oil is pouring by the gallons and forming a very slippery slope.

We, the PoC Consortium, are a group of computer scientists, mathematicians, engineers and executives. Many of us are past their 30s or 40s, so we can add a little experience to our formal education.

Last August we decided to invest our knowledge, experience and time to further develop a crypto named Burstcoin into what we believe a global, and future-proof crypto should look like. Burstcoin was at the time in a bad shape and long story short, 10 months later Burstcoin is in an excellent shape and we’re working now towards its perfection.

There are of course other — formidable — development teams we highly respect and who we consider both skilled and versed. Other than that the crypto world as whole is full of young, enthusiastic and ultimately naïve people. No worries, we know we were naïve too. In the 90s, when e.g. Linux was a hype as crypto is today. Naivety passes in time and often the older ones help you to overcome it.

So let’s get to the topic of this post. The so called Crypto “Experts”. The one-eyed in the kingdom of the blind. It gets problematic when these people have aspirations to become influencers. There are way too many of them to name, you can find them on YouTube, Hackernoon, LinkedIn and of course even here on Medium.

One such guy is Josh Constine (and sorry Josh, but you asked for it) a young “technology journalist” with a Master’s degree in Cybersociology, examining the influence of technology on social interaction. Ok.

The PoC Consortium’s social interaction with Josh, Editor-at-Large at Techcrunch happened when we read up his article “Chia versus Bitcoin” — the usual pre-fabricated text how the vaporware Chia will save the world from the energy requirements of Bitcoin. While the topic of energy efficiency is a valid one, the claims of Chia aren’t. Also, for any respectable writer, one would assume him to do some research first and when it comes to Proof-of-Space (better: Proof-of-Capacity PoC, as PoS is taken by Proof-of-Stake already) and to find out there is already a PoC coin since 2014: Burstcoin

We tweeted Josh about being puzzled how he managed to write about Chia and its marvelous all-new Proof-of-Capacity proposal without mentioning Burstcoin.

And with this, the matter should have been put ad acta, Josh should have thought about his quality standards and we all would have enjoyed future more-quality articles. Unfortunately this is not what seems to have happened. It seems, Cybersociology went sideways, maybe writers vanity struck. So Josh formally accepted our suggestion and edited the text.

Now the fellow reader may excuse our overly use of screenshots, but it seems necessary to preserve content in this highly volatile and easy-to-delete digital world. Joshs modification was

And now it got really interesting, because what Josh did was not only an omission of facts, now he was right out spreading false facts a.k.a. FUD

The link leading to http://cryptoverse.wikia.com/wiki/Proof-of-capacitywhich mentions several cryptos allegedly using Proof of Capacity (among them the still nonexistent Chia) and mentions in the “Cons” to Proof-of-Capacity

And this is important to know, it’s mentioned there as a con to the whole “Proof-of-Capacity” concept, not specifically Burst. The rabbit hole goes deeper. As you can see [3][4] there are two links. These unfold to

showing a Bram Cohen (guy behind Chia) speaking. And (after some redirections)

The readers still with us, may observe “Proof of Stake FAQ” there. Nothing to do with Proof of Capacity.

Short break and recapitulation. Josh, Editor-at-large is pointed to the fact of having omitted mention of the Proof-of-Capacity coin — Burstcoin — and in some understandable, but still low, reaction of his “I’ll show you”, he adds that mention with “some developers [sic: plural] consider it [specifically] sustainable to grinding attacks”

Very low Josh and it will cost you a little of your reputation.

If anyone takes their time to actually look through that Video and even if one leaves aside the fact that theres “The Chia guy” speaking, one may find out he actually speaks of so-called nothing at stake problems. An inherent problem to Proof-Of-Stake.

If one was even deeper into the matter, which Josh clearly isn’t, one would have found the SpaceMint research paper which is one of the conceptual forefathers of Chia and which explicitly mentions Burstcoin not being susceptible to grinding attacks.

If one was even deeper into the matter, one would see a so-called “time-memory trade off” susceptibility of Burstcoin mentioned, which — hallelujah — has been taken care of in the last hard fork.

Executive Summary: Beware the one-eyed ones pissing snake oil in your eyes to keep you blind.

Reproduced with permission of the PoC Consortium. Originally published at www.medium.com

The Prime Minister of Canada, Justin Trudeau, Will Deliver Keynote Remarks at CERAWeek 2017 by IHS Markit