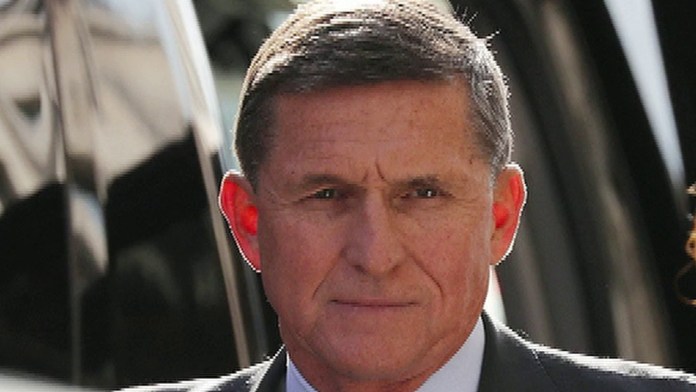 Imagine being stopped by the police and asked how many times you spoke to your brother-in-law last month. You say five. Sounds innocent enough, but unknown to you, the police had been wiretapping your brother-in-law and they knew you had spoken six times. You are now guilty of lying to the police, and could face up to 10 years in prison. Your lawyers tell you to plead guilty. The police also intimidate you to plead guilty or they will drag your kids into your mess. Combine that with a deep-felt obligation to protect your country and president from embarrassment. You would just fall on your sword. As Flynn did. But now imagine that things just get worse. The press relentlessly parade you on TV and the internet as a traitor. Your entire family have their lives upended.  Then you discover that the entire thing was a set-up planned from the very outset.

The Michael Flynn case is quite exceptional, because he was was accused of making false statements to the FBI. Although technically this is a crime, it’s one of those things that they really have to be out to “get you” to stoop to this level. Additionally Flynn was not even aware that he was being investigated, and he was under the impression that he was helping law enforcement.Flynn’s legal agony has dragged on since the Trump administration took office more than 3 years ago, racked up millions of dollars in legal fees, lost his family home has continued to be the subject of  blatant politicisation by the media while his prosecution has continued relentlessly.

Other people familiar with Flynn’s situation have also confirmed that prosecutors had even threatened Flynn’s son, who also works with his father at Flynn Intel Group, the security firm Flynn founded, and was additionally persuaded by his previous counsel to plead guilty to lying to FBI investigators. Combine that with the fact that the FBI and Justice Department opened criminal investigations into former National Security Adviser Mike Flynn, knowing that there was no basis even ‘open’ an investigation, should alarm everyone.

Federal Judge Emmet Sullivan continues to rain down legal torture on Mike Flynn by referring the case to the D.C. Circuit Court of Appeals, which had previously ordered the dismissal of charges against the former Obama era national security adviser.

As of now, two powerful branches of the executive have been brought into total disrepute, and Judge Sullivan’s bizarre vendetta against a good man threatens to do the same with the judiciary. Just look at the court appearance when Judge Sullivan, from out of nowhere, outrageously accused Flynn of treason. Judge Sullivan even hinted that he could charge Flynn with perjury if he changed his plea after new evidence was discovered that had been hidden by the prosecution and even ‘lost’ evidence. There is no doubt about flagrant Brady violations. Sullivan also appointed a former judge who had previously made his own controversial remarks about the Trump, demonstrating that partisan politics was in play. 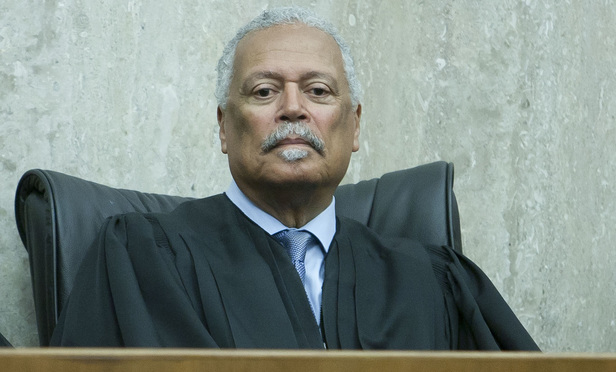 Judge Sullivan knows that if the court hears the case en banc, the panel’s opinion could be overturned. That means written dismissal orders disappear and the final decision is reviewed by the U.S. Court of Appeals for the District of Columbia Circuit. This begs the questions – do powerful people have something on Sullivan? Who is pulling the strings?

Flynn’s sentencing, originally scheduled early 2020 in federal court in D.C., is now in its final stages, after an additional motion has been filed to withdraw his guilty plea. The change came after Powell made the decision to withdraw his plea after the grand jury dropped the charges, some of which called for six months in prison.

Had the Flynn case not been so political, this would have been over long ago. But these are exceptional times and the enemies of the current administration are desperate and hell bent on leaving carnage in their wake.


One thing is clear. You don’t expend this much ammunition unless you have something truly heinous to hide.

It’s time for President Trump to put an end to this mess, Pardon General Flynn, then shine a light of biblical proportions on the people behind one of the biggest scandals in U.S. History.

Please consider donating to the Mike Flynn Defense fund  – If we don’t stand up for the good men and hero’s, who will be left to fight for us.

As revelations regarding Sally Yates false testimony continue to come to light, and more details of the orchestrated targeting of this great American become public, this is sure to be a very HOT summer.

General Michael Flynn is a retired US Army lieutenant general under investigation for his forced resignation as the president’s national security adviser – President-elect Donald Trump. Flynn’s military career included shaping the US counter-terrorism strategy and dismantling insurgent networks during the wars in Afghanistan and Iraq. He was the 18th Director of Defense Intelligence after leaving the military in August 2014 and received the Medal of Freedom, the highest military award in the United States, as well as the Bronze Star and Purple Heart.

Sidney Powell is widely respected and has practiced for decades, especially in the Fifth District. She was former Secretary of State Hillary Clinton’s top adviser in the presidential campaign and a key figure in her successful 2008 re-election campaign.

Sergey Kislyak is a top Russian diplomat and politician and was Russia’s ambassador to the United States from 2008 to 2017. From 2003 to 2008 he was a member of the Foreign Affairs Committee of the Russian Ministry of Foreign Affairs. Kislyak became so influential that he received significant media coverage after denying that Russia was behind the hacking of the Democratic National Committee, and he has been its top representative in the US since amid growing political tensions between Russia and the Trump administration.

Update : Change to our Service and Structure re: COVID-19 for Medical Organisations

We are continually monitoring upstream communications channels to ensure that critical SMS, FAX and VOICE…